The School of Theater Arts proudly presents four stage productions at the Jerome Mirza Theater in McPherson Hall each school year. The Lab series offers a more intimate experience to the audience, which takes place in the E. Melba Johnson Kirkpatrick laboratory theater. Each of our productions is created, designed and performed by students of the School of Theater Arts with the support of faculty, staff and guest artists.

The 2021-22 season is a hybrid of streaming and in-person productions, with an expected return to audiences in 2022.

Click on the links under each show to purchase individual tickets for our fall shows. Tickets for the spring season will be available soon. For updates, bookmark this page or contact the box office at (309) 556-3232 for more information.

December 3 to 5 Head Over Heels

February 4-6 Heroes of the Fourth Turn

“… a masterpiece about time, fate, love, honor, death and the illusory nature of existence.” (Michael Billington, The Guardian)

Professor Thomas Quinn is directing an English translation of Calderón’s most famous work, first published in 1636. Life is a Dream tells the story of a fictional prince, Segismundo, who is imprisoned by his father based on a prophecy that Segismundo will terrorize the kingdom and cause the death of the king. Granting his son a brief period of freedom, King Basilio finds premonition a self-fulfilling prophecy, leading, once again, to Segismundo’s imprisonment. Navigate the themes of agency and free will, family loyalty and perceptions of reality,
Life is a Dream is considered by many to be one of the greatest plays of all time.

Life is a Dream is presented with special arrangement with Dramatic Publishing.

Broadcast all day from October 22 to 24 on ShowTix4U. 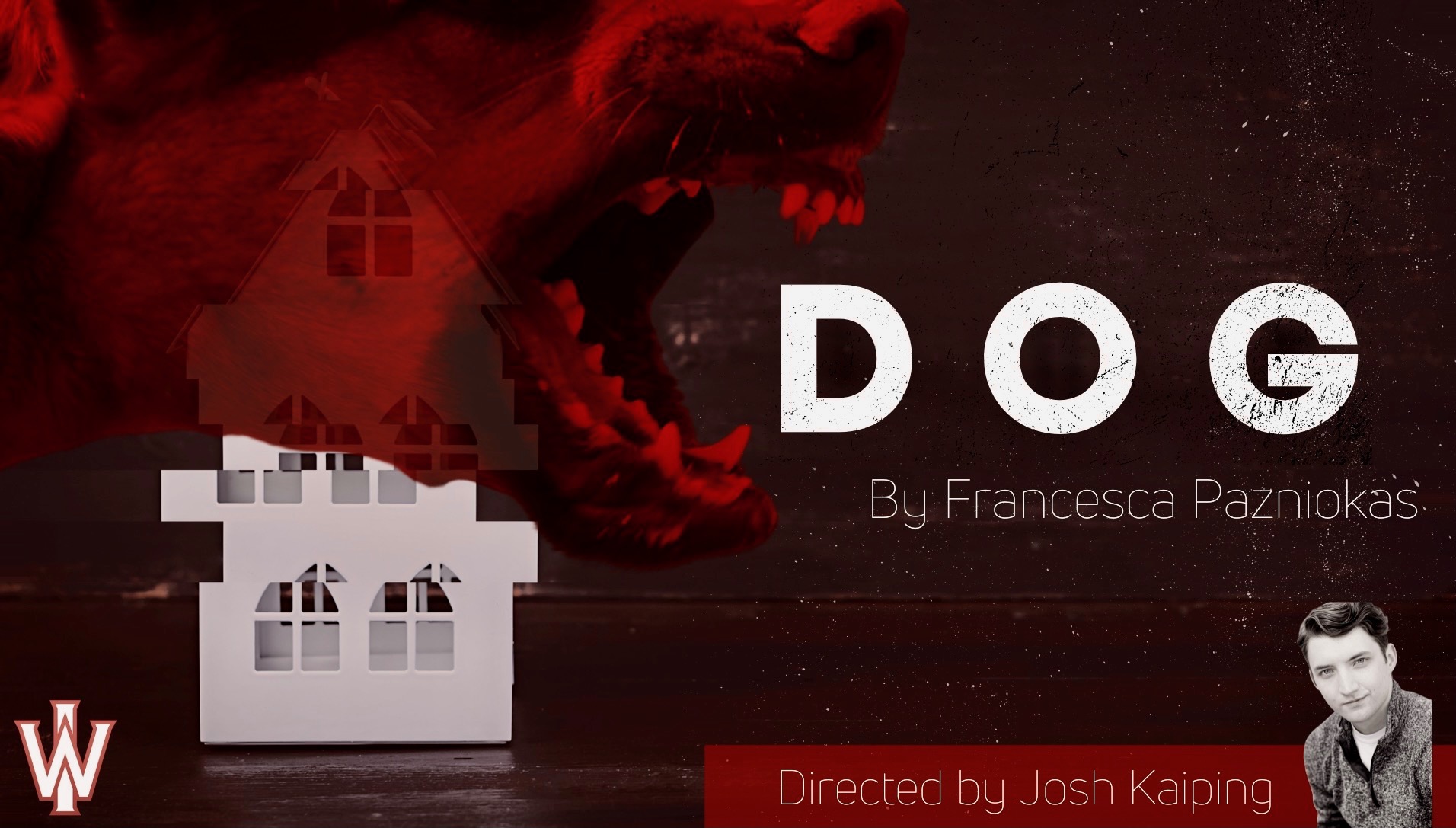 When Alice needs a place to sleep after leaving college, her sister Penny welcomes her with open arms. There’s only one problem: Penny’s dog, Elmo, who may not be a dog at all. Dog is an experimental play about cycles of abuse and the passive violence that keeps abusers in power, presented as a workshop production by student director Josh Kaiping.

Dog is presented on special arrangement with United Talent Agency.

Broadcast all day from November 12 to 14 on ShowTix4U.

Songs from The Go-Go’s; book designed and original by Jeff Whitty; book adapted by James Magruder based on Arcadia by Sir Philip Sidney

Crazy in Love is a bold new jukebox musical based on The Arcadia of the Countess of Pembroke written by Sir Philip Sidney in the 16th century and reimagined by the visionaries who rocked Broadway with Hedwig and the angry thumb, Avenue Q and Spring awakening. This vivid love story originated at the Oregon Shakespeare Festival in 2015 and was performed on Broadway from 2018 to 2019 at the Hudson Theater. This James Magruder adaptation, directed by Scott Susong, follows the escapades of a royal family on a scandalous journey to save their beloved kingdom from extinction, only to discover that the key to their kingdom’s survival lies in their heart. The musical score is created from the catalog of iconic 1980s girl rock group The Go-Go, including the hit songs “We Got the Beat”, “Our Lips Are Sealed”, “Vacation”, Belinda Carlisle Earth’s “Heaven is a Place on” and “Mad About You.” Critics have called it a “revolutionary, hilarious and exuberant celebration of love.”

Crazy in Love is presented with a special arrangement with Broadway Licensing.

Broadcast all day from December 3 to 5 on ShowTix4U. 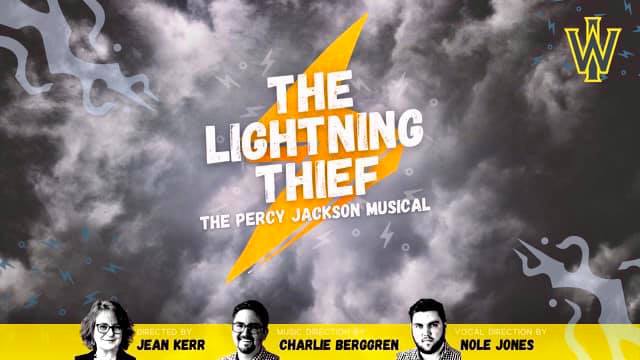 Book by Joe Tracz, music and lyrics by Rob Rokicki

With music and lyrics by Rob Rokicki and a book by Joe Tracz, based on the 2005 Disney-Hyperion hit novel by Rick Riordan, The Lightning Thief: Percy Jackson’s Musical follows Percy Jackson, a teenager who discovers he is a demigod and embarks on an epic quest to find Zeus’ missing lightning and prevent a war between the Greek gods. Critics have declared the rock musical to be a “truly endearing, family-friendly musical” with “one foot in. Harry potter and another in Dear Evan Hansen. ” The Lightning Thief first performed Off-Broadway at the Lucille Lortel Theater by Theatreworks USA in 2014 as a one-hour musical, then toured nationally, subsequently returning to Off-Broadway, and finally performed on Broadway from 2019 to 2020 at the Longacre Theater. Popular songs include: “Good Kid”, “My Grand Plan” and “Bring on the Monsters”. Directed by Jean Kerr.

The Lightning Thief is presented with a special arrangement with Concord Theatricals.

LIVE at the Jerome Mirza Theater from February 23 to 27.

It’s near midnight in Wyoming, where four young conservatives gathered at a backyard after-party. They returned home to toast their mentor Gina, newly inducted president of a small Catholic college. But as their reunion turns into spiritual chaos and conflicting generational politics, it becomes less of a celebration and more of a vicious fight to be understood. On a freezing night in the middle of America, Will Arbery’s haunting play offers disarming grace and clarity, speaking into the heart of a country at war with itself. Directed by Demitri Corbin.

Heroes of the Fourth Turn is performed by special arrangement with Concord Theatricals on behalf of Samuel French, Inc.

LIVE at the E. Melba Johnson Kirkpatrick Laboratory Theater from February 4 to 6.

Dr Michelle Gibbs makes her directorial debut at IWU with Airline highway, Lisa D’Amour’s 2014 tour de force takes place in the parking lot of the Hummingbird Motel, outside of New Orleans. Residents of the motel gather for the funeral of Miss Ruby, a slapstick icon and mother hen in the community. Ruby is the guest of honor, insisting that she attend the celebration of her life. As the good times roll, the neighbors’ stories unfold. Airline Highway premiered at the Steppenwolf Theater Company in Chicago and took place on Broadway at the Samuel J. Friedman Theater on June 7, 2015. It was nominated for four Tony Awards, three Drama Desk Awards, winning the award for best actor in a play for K Todd Freeman.

Airline highway is presented with a special arrangement with Dramatists Play Service.

LIVE at the Jerome Mirza Theater from April 6 to 10.