Chancellor Andrew Leavitt today announced a name change for the theater space on the University of Wisconsin Oshkosh campus to better reflect UWO’s commitment to inclusion and equity.

In the early 1970s, UWO—then Wisconsin State University-Oshkosh—named the newly built theater after actor Fredric March, a UW-Madison graduate who rose to international fame as a Oscar-winning film actor.

Two years ago, the UW-Madison community advocated for the removal of March’s name from a small theater and other space within the Memorial Union. This call to action came after March was revealed to belong to an inter-fraternity society known as the Ku Klux Klan while a student at UW-Madison in the 1920s.

“As UW-Madison investigated the matter, I also received a request from UWO students and advocates to remove March’s name from the Oshkosh campus theater,” Leavitt said.

In 2019, Leavitt asked Sylvia Carey Butler, former Associate Vice Chancellor for Inclusive Excellence Academic Support, to lead an effort to examine UW-Madison’s findings and engage in conversation with campus communities at the UWO. 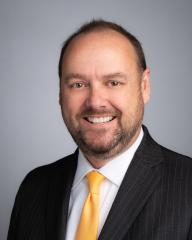 Although there is no evidence that the UW-Madison group to which March belonged was connected to the national Ku Klux Klan movement during his time, Leavitt said March’s prior inter-fraternal affiliation remains troubling.

“After the UW-Madison revelation, I heard shock and pain from UWO community members and stakeholders urging the administration to remove March’s name from the Oshkosh campus theater,” Leavitt said. “I have since heard from other students of color, colleagues, alumni and other advocates supporting this change. To let the name Oshkosh Campus Theater permanently overshadow and downplay the educational and artistic virtuosity we work so hard to nurture within and beyond its walls.